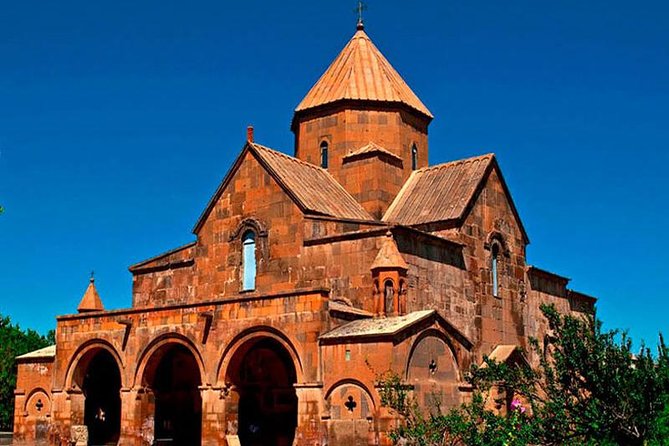 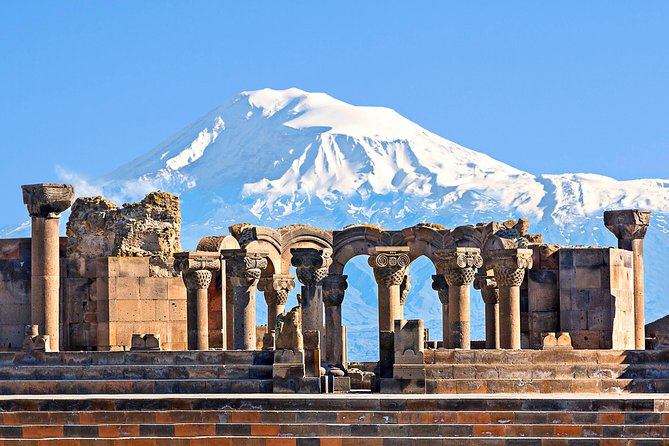 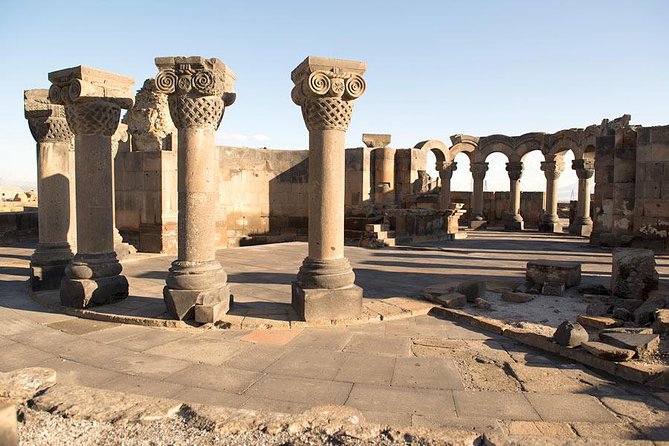 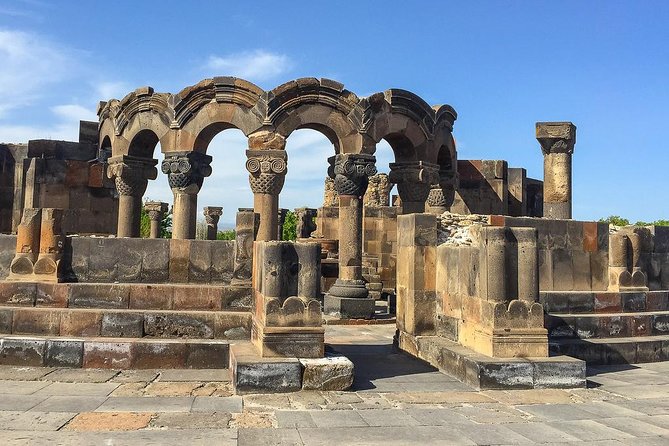 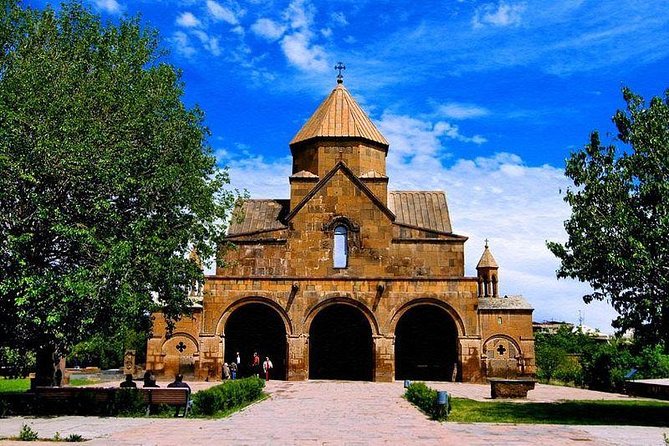 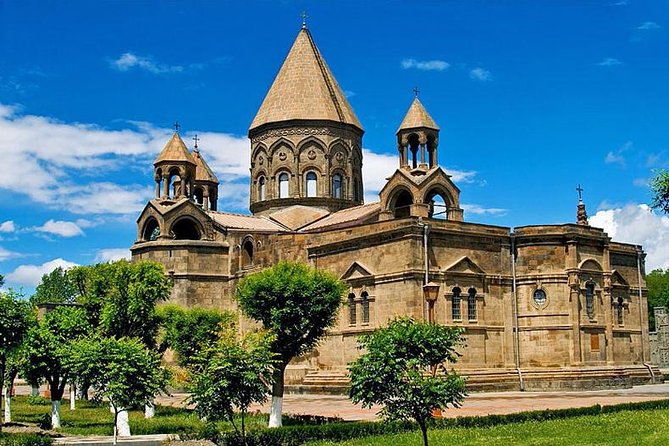 The original church was built in the early fourth century—between 301 and 303 according to tradition—by Armenia's patron saint Gregory the Illuminator, following the adoption of Christianity as a state religion by King Tiridates III. It was built over a pagan temple, symbolizing the conversion from paganism to Christianity. The core of the current building was built in 483/4 by Vahan Mamikonian after the cathedral was severely damaged in a Persian invasion. From its foundation until the second half of the fifth century, Etchmiadzin was the seat of the Catholicos, the supreme head of the Armenian Church.

Full-Day Private Tour to South of Armenia from Yerevan

from
$144 USD
Your Weekend Trip to Armenia

from
$355 USD
One day Trip to Sevanavank-Haghartsin-Goshavank

from
$66 USD
Jeep Trip to Ukhtasar

from
$71 USD
One-Day Trip to Garni and Geghard

from
$52 USD
Tsakhkadzor, Kecharis, Sevan Lake and Sevanavank from Yerevan

from
$39 USD
Treasures of Caucasus - Armenia, Georgia and Azerbaijan

from
$93 USD
Private tour to Lake Sevan and Tsaghkadzor

from
$106 USD
Your weekend with us